It doesn’t seem like a year since our previous AGM but my goodness time flies! I am pleased to report that ABIL had a very strong season of conferences during 2018 with some wonderful presenters and a focus on a wide range of topics. The conferences provide a great opportunity for new learning and networking and we know from your feedback that you find both hugely beneficial.

ABIL contributed to the Mayor of London’s Health Inequalities Strategy Consultation but was hugely disappointed by the poor acknowledgement of brain injury in the subsequent report. Despite our efforts to engage in further dialogue, we received no indication of interest from the Mayor’s office to do so. I think it is fair to say we expected more.

ABIL has actively supported UKABIF and the APPG (All Party Parliamentary Group for Acquired Brain Injury), attending meetings at Westminster and engaging with MPs.

ABIL was delighted to see the launch of the UKABIF/APPG Time For Change Report in October 2018. This is an important step and with Chris Bryant MP doing sterling work as Chair of the APPG, we have a great opportunity ok keeping brain injury on the radar.

This year the Committee says goodbye and thank you to Clare Fundell for her valuable contributions and commitment to ABIL during her tenure and are very sad that she is leaving. On a positive note we extend a very warm welcome to Natalie Martlew and Nicola Morgan from The Children’s Trust and very much look forward to working with them.

ABIL would like to thank Irwin Mitchell for their ongoing support, not only in providing us with a lovely venue to hold meetings and host conferences but also for their admin support and conference co-ordination, which is invaluable. It would be remiss not to mention the wonderful cakes too!

Thank you also to the Executive Committee who somehow manage to put so much hard work into ABIL despite the pressures of their respective jobs!

Thank you also to all attendees and presenters over the past year and for the feedback we receive, which is so encouraging. We aim to continue with our work to raise awareness of brain injury in London, to encourage dissemination of good practice and to campaign for services.

What a wonderful way to start our conference season, with nearly 100 attendees and tremendous speakers. Thank you to Dr Mike Dilley, Cathy Johnson, Dr Neil Brooks and Noushin Pasgar for their inspiring presentations. This was one of the busiest conferences ABIL have had and there were a lot of people attending for the first time which is great! In recent years mental health has come to the fore and is being talked about more readily and openly but the link with brain injury has often been overlooked. ABIL was pleased to go some way towards addressing this. The conference programme plus the first 3 presentations can be downloaded below:

Why is early, integrated care important after brain injury? 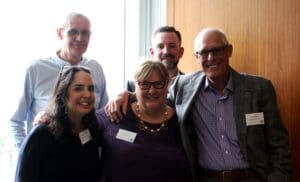 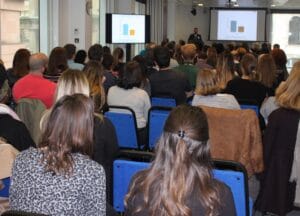 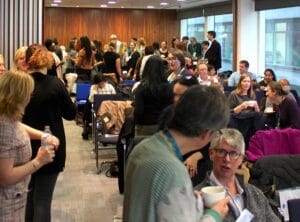